If you have, or are planning to have web servers connected to your network, you will need to consider the security implications 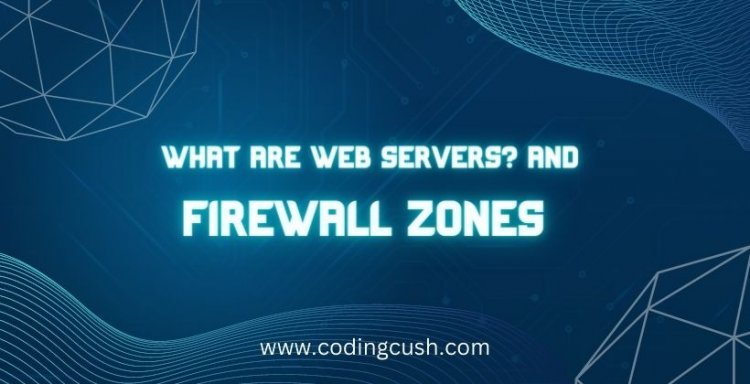 Every network that has an internet connection is at risk of being compromised. Whilst there are several steps that you can take to secure your LAN, the only real solution is to close your LAN to incoming traffic, and restrict outgoing traffic.

However, some services such as web or FTP servers require incoming connections. If you require these services you will need to consider whether it is essential that these servers are part of the LAN, or whether they can be placed in a physically separate network known as a DMZ (or demilitarised zone if you prefer its proper name). Ideally, all servers in the DMZ will be stand-alone servers, with unique logins and passwords for each server. If you require a backup server for machines within the DMZ then you should acquire a dedicated machine and keep the backup solution separate from the LAN backup solution.

The DMZ will come directly off the firewall, which means that there are two routes in and out of the DMZ, traffic to and from the internet, and traffic to and from the LAN. Traffic between the DMZ and your LAN would be treated totally separately from traffic between your DMZ and the Internet. Incoming traffic from the internet would be routed directly to your DMZ.
Therefore if any hacker were to compromise a machine within the DMZ, then the only network they would have access to would be the DMZ. The hacker would have little or no access to the LAN. It would also be the case that any virus infection or other security compromise within the LAN would not be able to migrate to the DMZ.

If your web servers require access to a database server, then you will need to consider where to place your database. The most secure place to locate a database server is to create yet another physically separate network called the secure zone and place the database server there. The Secure zone is also a physically separate network connected directly to the firewall. The Secure zone is by definition the most secure place on the network. The only access to or from the secure zone would be the database connection from the DMZ (and LAN if required).

Exceptions to the Rule

The dilemma faced by network engineers is where to put the email server. It requires an SMTP connection to the internet, yet it also requires domain access from the LAN. If you were to place this server in the DMZ, the domain traffic would compromise the integrity of the DMZ, making it simply an extension of the LAN. Therefore in our opinion, the only place you can put an email server is on the LAN and allow SMTP traffic into this server. However, we would recommend against allowing any form of HTTP access to this server. If your users require access to their mail from outside the network, it would be far more secure to look at some form of VPN solution. (with the firewall handling the VPN connections. LAN-based VPN servers allow the VPN traffic onto the network before it is authenticated, which is never a good thing.)

Buy/Sell Domain Names! Is it Profitable?

A Computer Firewall is Your Primary Defense against Virtual Attacks

A Computer Firewall is Your Primary Defense against Virtual...

What is Blockchain Technology? How it works? What are the...

What Are the Benefits of Building Decentralized Applications...