What Are the Benefits of Building Decentralized Applications With a Blockchain?

This technology is, of course, not ideal, and some problems are being worked on. One possible issue with blockchain technology is security. 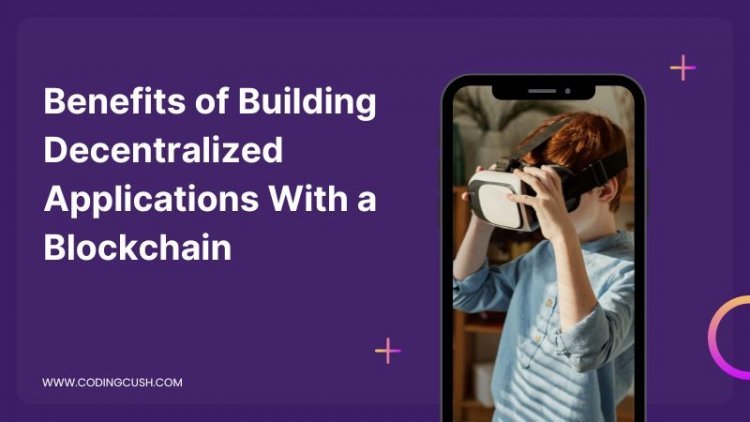 Just like centralized apps, decentralized apps have benefits and drawbacks. From the very beginning, DApps offer many advantages over a traditional apps are:

Besides, no matter how popular the blockchain topic is, it has limitations on use, such as:

There are a lot of concerns about this technology and, naturally, something new arouses some worries. Despite these issues, blockchain technology will likely evolve in the coming years. Technology has a way of sneaking past artificial barriers, just as nature does.

Use Cases for Decentralized Apps

It means money issued by people or groups but not a country. Now, this, of course, was the first use case for decentralized applications using blockchain technology. Blockchain solves critical elements when it comes to making money useful. Furthermore, remittances are more reliable since blockchains are more fault-tolerant than classical systems. Transfer data is visible and can always be checked or confirmed from the outside of the system. Moreover, blockchain technology makes it possible to safely transfer money to anyone on earth who access the network.

2. The tokenization of real-world assets.

The tokenization of real-world items into digital is a reality implemented with DApps and blockchain. It is valuable because authentic digital certificates should approve almost everything you own. Digital certificates can not be duplicated or forged. Blockchain shows how we begin separate ownership from physical possession for many things. Tokenization makes a significant impact on the way we use items in the future. It is a particular use case for the near future.

The central aspect of this use case is game applications and video games. The global video game industry makes 150 billion per year, most of which comes from selling virtual items, avatars, skins, etc. Selling virtual assets is a great business model for video game companies, but it is not so great for players. People spend hundreds or thousands of dollars to buy virtual items and never own them. Game companies rarely allow players to trade or resell all this digital property. Property that players paid for. Now, if these virtual items are created on a blockchain, it would make it possible for hundreds of millions of video game players to own and trade them directly.

As you can see, there are a lot of use cases for DApp. I believe that with the development of technology, the scope of applications will continue to grow in the future.

The credit of this article:

Co-founder and CSO at Mad Devs

What is Blockchain Technology? How it works? What are the...