What is Blockchain Technology? How it works? What are the Benefits?

A blockchain is a growing list of records, called blocks, which are linked using cryptography. Each block typically contains a hash pointer as a link to the previous block, a timestamp, and transaction data 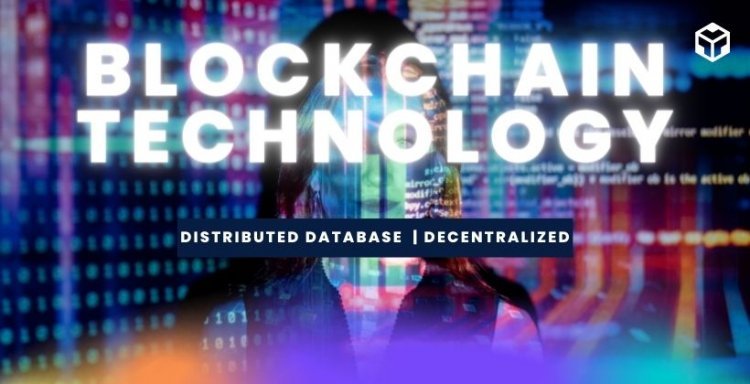 Blockchain technology has been one of the most trending topics in the world. It's not just a market phenomenon, but a revolution that will change how we use and do transactions.

Businesses have started to notice it too. Bitcoin Magazine says, "Many market observers believe blockchain could shake up various industries from accounting and banking to medical records and even government."

A blockchain is a distributed database that is shared among the nodes of a computer network. As a database, a blockchain stores information electronically in a digital format. Blockchains are best known for their crucial role in cryptocurrency systems, such as Bitcoin, for maintaining a secure and decentralized record of transactions. The innovation of a blockchain is that it guarantees the fidelity and security of a record of data and generates trust without the need for a trusted third party.

Or  The blockchain is a public ledger of all transactions within the network, kind of like a bank account statement, which can be used to see all the different transactions that have ever happened on that particular cryptocurrency. This means you can see whether or not money was sent or received by an account, and how much.

How Does It Work?

Imagine a library which has all the books of history since time immemorial, this is our blockchain platform. Now, the head librarian wants to update the book 'Blockchain Technology Explained.' All he needs to do is make a quick entry saying 'added on 1/1/2016' and sign his name beside it. He can't change or delete any earlier entries because everyone knows who entered what when and no one would trust him if he tried going against the rules of the system. The latest entry becomes part of history too so no one can question it.

This is how blockchain works. It's a distributed, decentralized database that keeps the records of every transaction done by people since time immemorial. Here there are no intermediaries like in traditional transactions so the users save on time and money which otherwise goes in paying banks or other financial institutions for their services. All they need to do is submit their proposal in bitcoin, litecoin, etc., pay the necessary fees for miners to process the deal, and voila! You get your funds transferred to you.

The best part about this system is that everything is transparent because of entries being recorded publicly on open books called 'blockchains' for all to see. People who are curious can about historical transactions which are available to everyone.

What are the Benefits of Blockchain?

A blockchain is a growing list of records, called blocks, which are linked using cryptography. Each block typically contains a hash pointer as a link to the previous block, a timestamp, and transaction data. By design, blockchains are inherently resistant to modification of the data.

Blockchain technology promises to solve problems in industries where intermediaries and third-party verification can lead to delays and increased costs for all involved. It also allows people with no trust in each other to transact freely without the need for a third party.

The first and most obvious advantage of blockchain technology is that it is highly secure. This is because each transaction is verified and recorded on a public ledger, meaning that it cannot be tampered with or altered in any way. This makes it much more difficult for fraudsters to take advantage of users, as they would need to hack into the ledger in order to do so.

Another advantage of blockchain technology is that it is highly transparent. Again, because each transaction is recorded on a public ledger, anyone can view the history of a particular asset or piece of information. This makes it much easier to track where an asset has come from and how it has changed hands over time.

Finally, blockchain technology has the potential to greatly reduce the costs of doing business. This is because there is no need for intermediaries, such as banks, to verify or record transactions. This could lead to a more efficient and streamlined economy in the long run.

However, this decentralization can also be seen as a potential disadvantage, as it could make it more difficult to achieve consensus among users and could lead to a more fragmented user base.

A Computer Firewall is Your Primary Defense against Virtual...